The quick Alfredo you've been dreaming of

I am SO not the only one who dreams about food. And sometimes, I just want me some pasta. The pasta that my daughter refers to as "mac & cheese". Technically, she's not wrong. According to the all knowing Mario Batali, this is Italy's mac & cheese, introduced to Americans during a war (I don't remember which one), and when the guys brought it back they jacked it all up and out popped little blue boxes of crap. Don't get me started.

This is the real deal. Although Batali doesn't use any milk in his at all, I do cause I'm a rebel and I'll never ever be any good. (5 points if you get that song reference. that, and, you're old).

So anyhow, this is my recipe. I have a recipe for Alfredo that takes a little bit more time, and is a little bit more like what you typically think about when you dream alfredo (a little saucier), but I actually prefer this one. So. 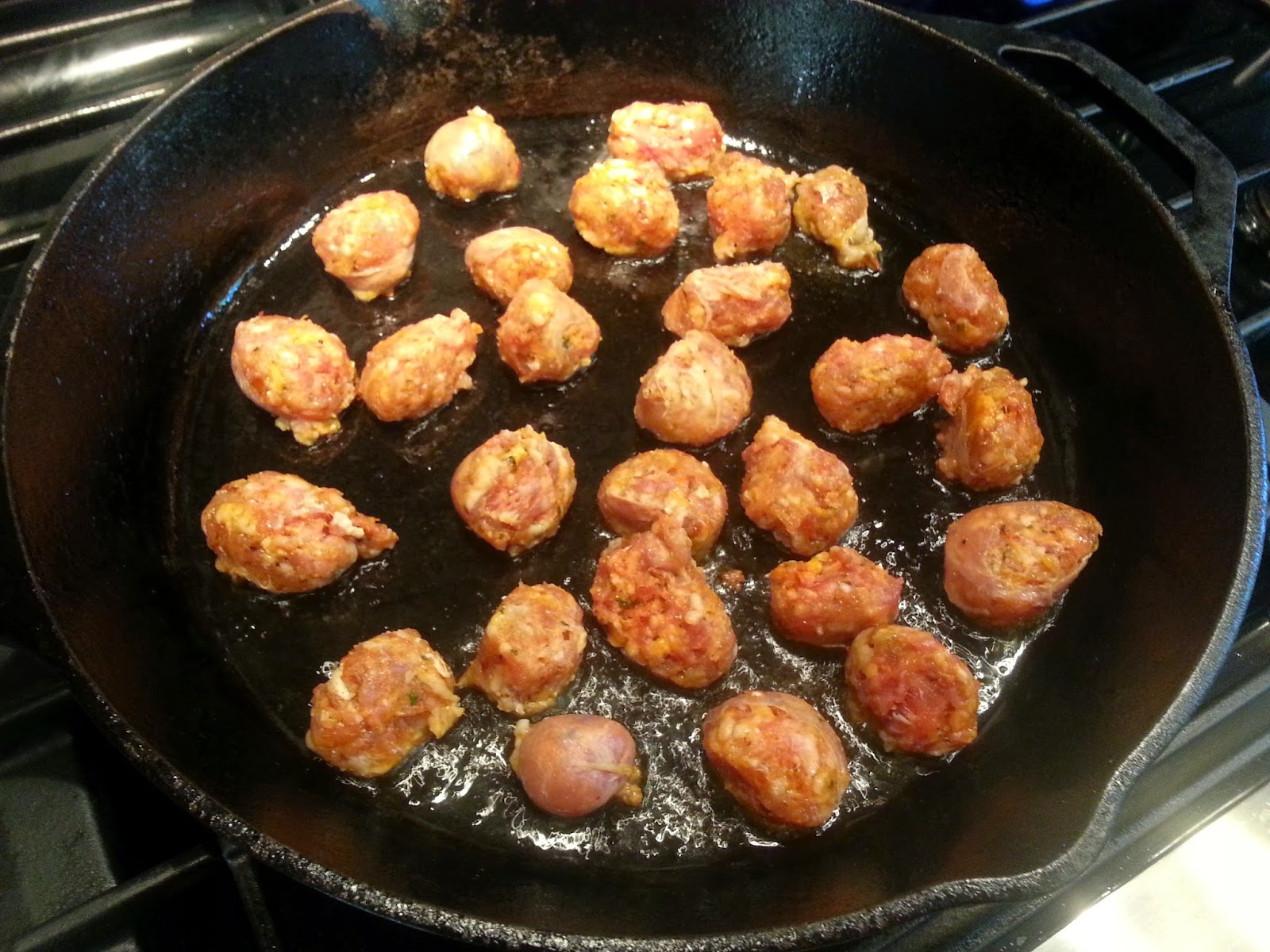 Cut up your sausage links into bite size-ish pieces and throw em in a medium hot skillet with some evoo. brown well on all sides. drain the fat. then add whatever veggies make your heart sing. for me, today, that was mini green peppers, cherry tomatoes, and oven roasted tomatoes. and some garlic. of course. 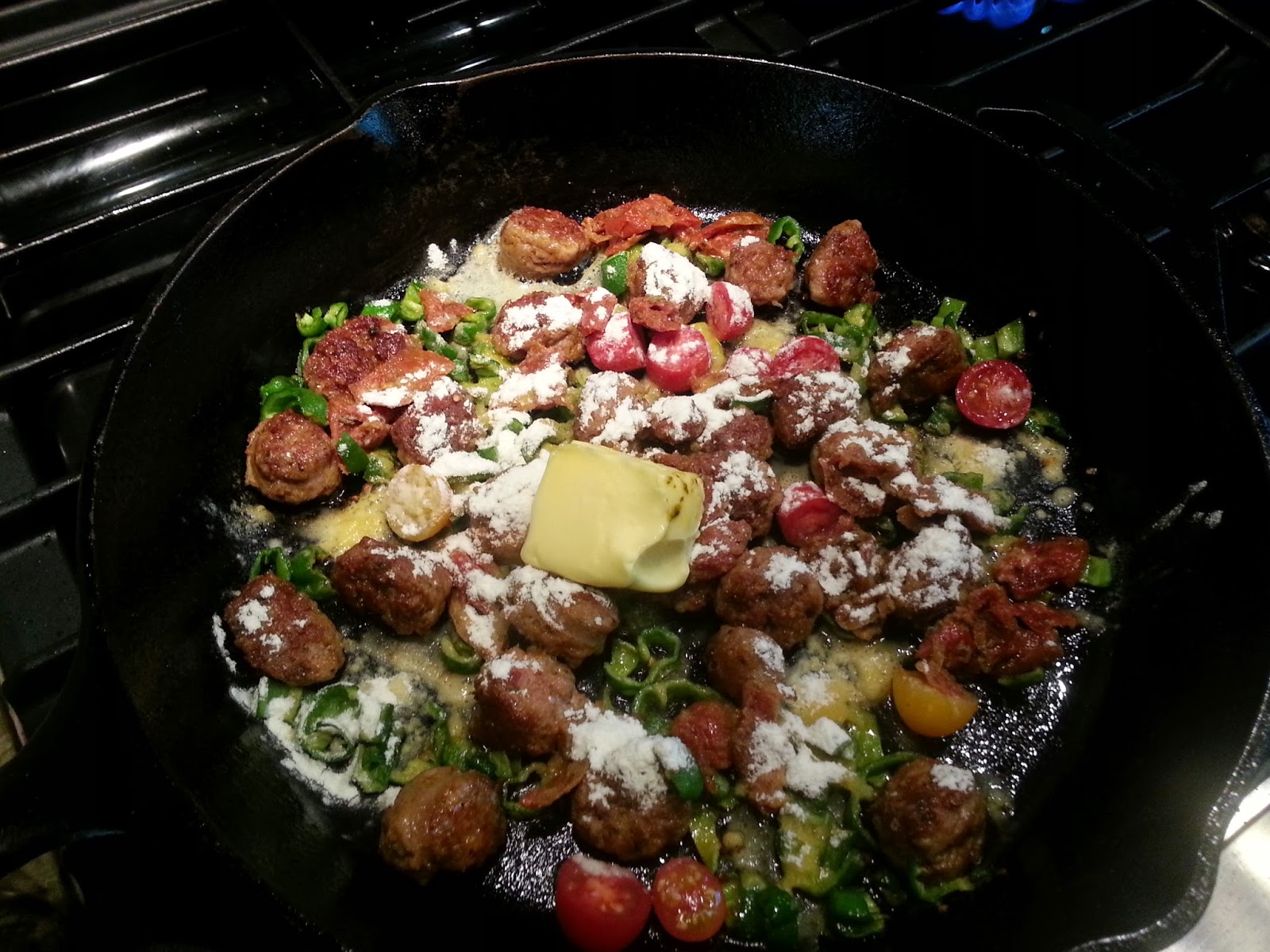 Then, add equal parts fat and flour. since we made about a half pound of pasta I used about 1 1/2 tbsps of each. I used butter because duh. Once you've whisked the flour and fat all together so that the flour is now a tan color and the consistency of wet sand, go ahead and add your WHOLE milk slowly, while whisking. Use whole milk. Always. All the other types of milk are over processed using chemicals and totally ruin any nutritional value your milk had before they messed with it. Plus, it tastes better. so win win. You don't need that much milk. I'd say I used about a cup. And grate in some Parmesan cheese. Like, a lot. Do not, however add salt or pepper until after you've tasted it at the end. I find that the sausage gives it enough flavor and it doesn't need it. 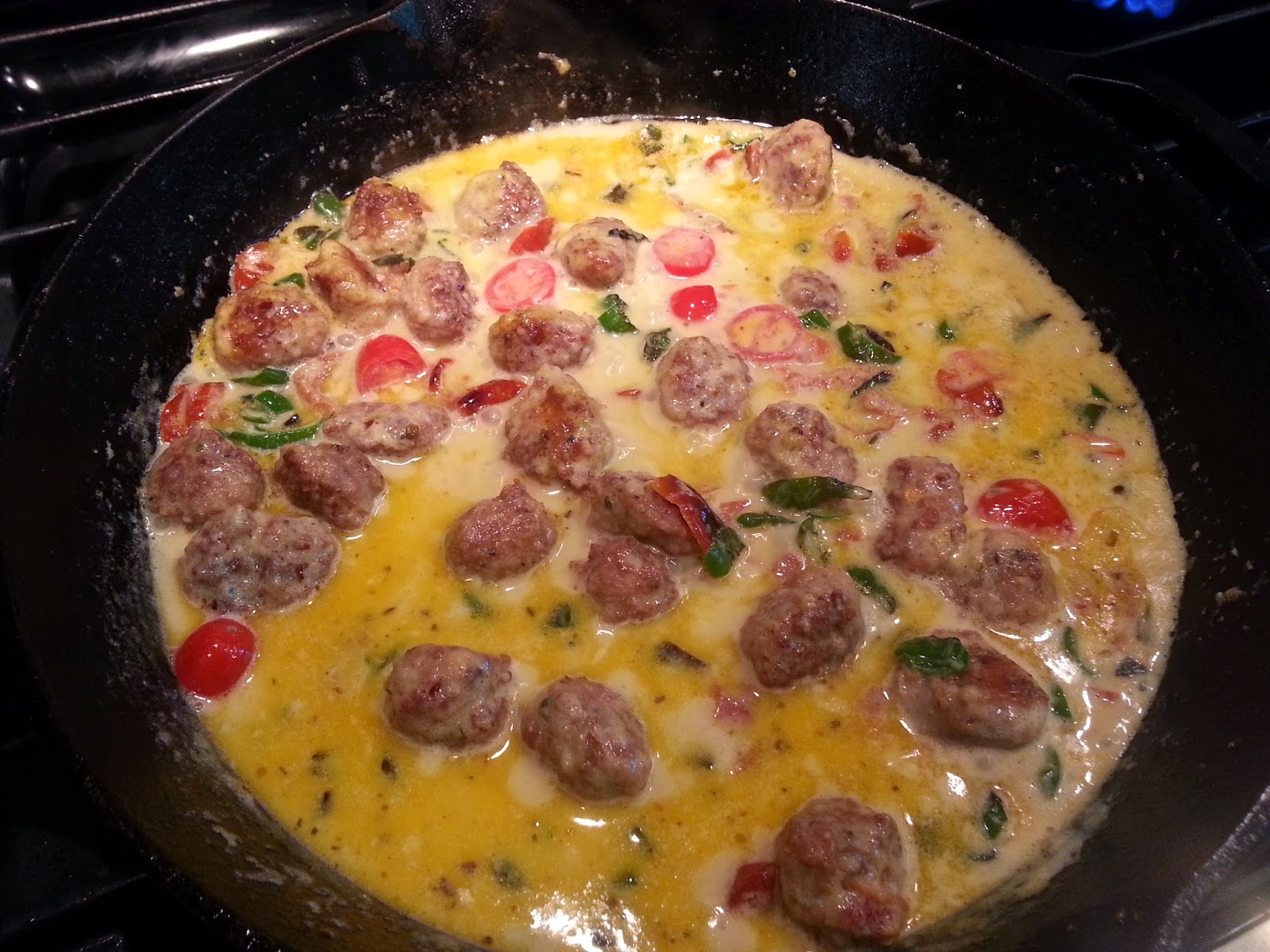 During this process, you should be cooking your pasta in water as salty as the sea. And do NOT put olive oil in this water. Your pasta will not soak up any of the delicious sauce, it will just slide right off and that's just stupid. Do not fully cook your pasta. Subtract about 4 minutes off of it's cook time.

Add some of the salty, starchy water to your pan. I used about a ladle and a half. Then add your undercooked pasta. 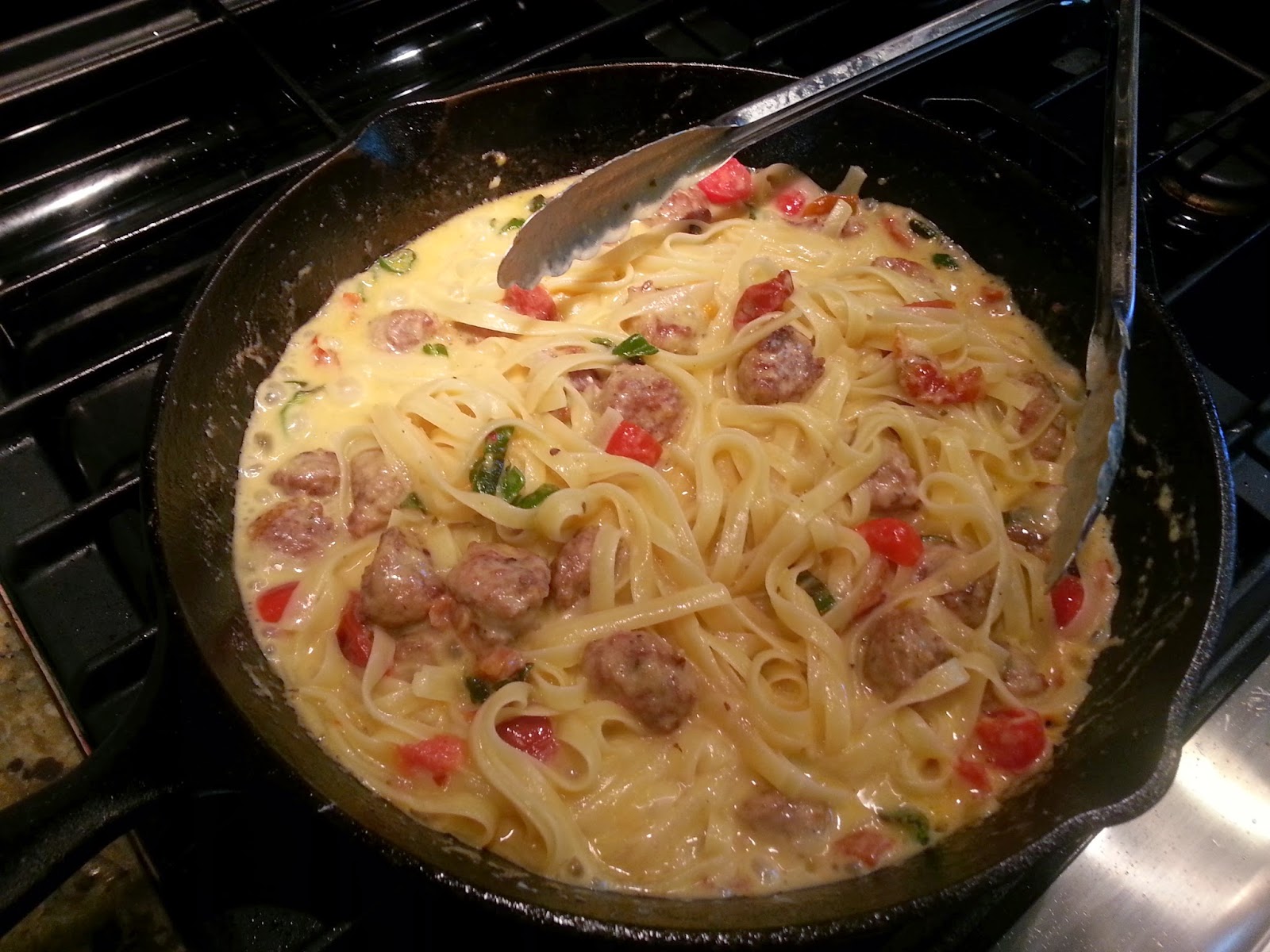 Let that goodness cook up all together until the pasta is done. 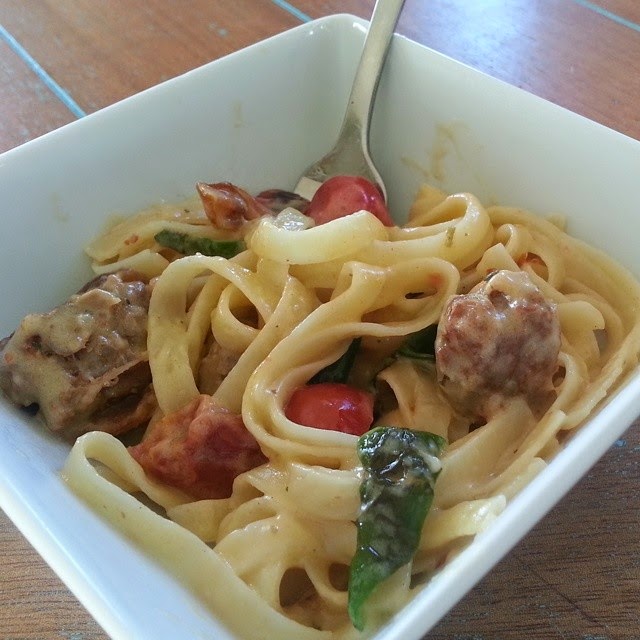 Then this happens. You're welcome.