Babygirl requested pasta for lunch. Alrighty then. This took me 15 minutes, but would have taken a few minutes longer if I didn't already have summer squash cut and cooked to add. I did have to cut up the mushrooms, cut the squash smaller, and cut up the oven dried tomatoes, which I did while the pasta water was boiling. So here's the recipe.

While waiting for the salted water to boil, I cut up the veggies. I cooked the mushrooms first- toss them in a pan with some evoo and a little butter and salt. Once they got soft and a nice brownish color I added the tomatoes and summer squash. I cheated and bought organic oven dried tomatoes at costco cause they looked (and are) delicious. Super sweet and yummy goodness. Similar to sundried to tomatoes but not as dry. And they are in a jar in olive oil.

The pasta is small and cooks really quickly. Plus you don't want to finish cooking it in the water. So after a few minutes, add the orzo WITHOUT draining all the pasta water....you want to add some of that water to your cast iron skillet, which should be about medium hot. Add some evoo and some butter and stir around until your pasta is done. Then turn off the heat and throw in the marscarpone. Stir and eat. 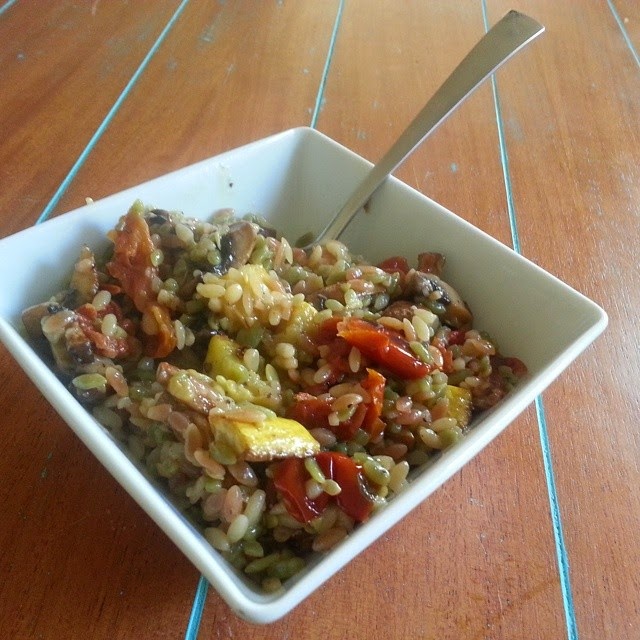