Seriously. HEART. THE. GRILL. Because the heat. Oh Lord the heat. PNW doesn't usually have heat like this and no one has central air. Even stores and restaurants are lacking. LAME. So we bought 2 portable air conditioners that have been keeping our house at around 70 which is glorious. Which means that me turning on the oven is asking the hubbs to divorce me. However, I'm not a BBQ lover. There are only so many hamburgers, hot dogs, and grilled chicken I can take before I go ape shit bananas.

Luckily, I have moments of sheer brilliance. Brilliance I tell you! I really wanted short ribs because YES ALWAYS YES to organic grass fed beef. And we had some in the freezer. What I did not want was to turn on my oven for 3 hours while it braised. So. I turned on the grill. Got out my dutch oven. and guess what? THE GRILL WORKS AS AN OVEN. OUTSIDE. WITH ZERO MESS (for me, anyway. Hubbs can have fun cleaning it). The dutch oven is miraculous. If you do not own one, go get one. Between that and a cast iron pan you are set to cook whatever, wherever.
Dutch Oven: 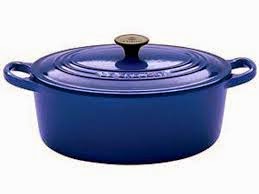 I set up the short ribs inside (although because our grill has a burner I could have done it outside but that seemed like too much carrying of ingredients outside to bother). You just have to brown them on all sides and build the braising liquid, which took about 15 minutes total. Then you move the whole thing to the grill. And deliciousness ensues.

I also made foccacia to go along with dinner because it's glorious and it has a much shorter rise time than almost any other bread I make. This recipe is the best I've ever made. Or eaten for that matter. So easy and so worth it. I'm telling you, people. Make your own bread. You will never ever ever go back. And you will not experience any awful gluten side effects as long as you are using organic flour that is not enriched and not bleached and doesn't have extra crap added to it.

I also made this in the grill. Cause if I'm gonna live dangerously, I'm gonna just do it up.

So here's Mario Batali's Beer Braised Short Ribs recipe. He does not disappoint. I followed the instructions pretty exactly, except I only had fresh rosemary, and had to use dried oregano and thyme, so I guessed a bit on those herbs.

I also made Carla Hall's radish salad, which ironically is alongside her own short ribs recipe, but I liked Mario's better. Because beer.

And here are the pretty pictures: 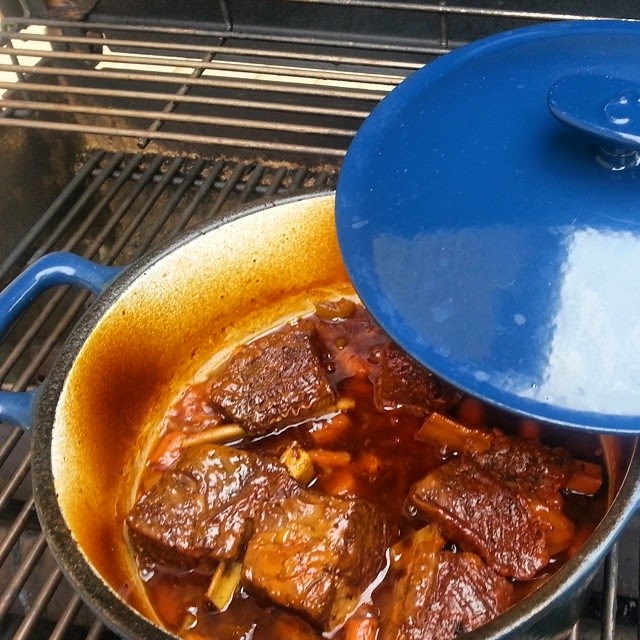 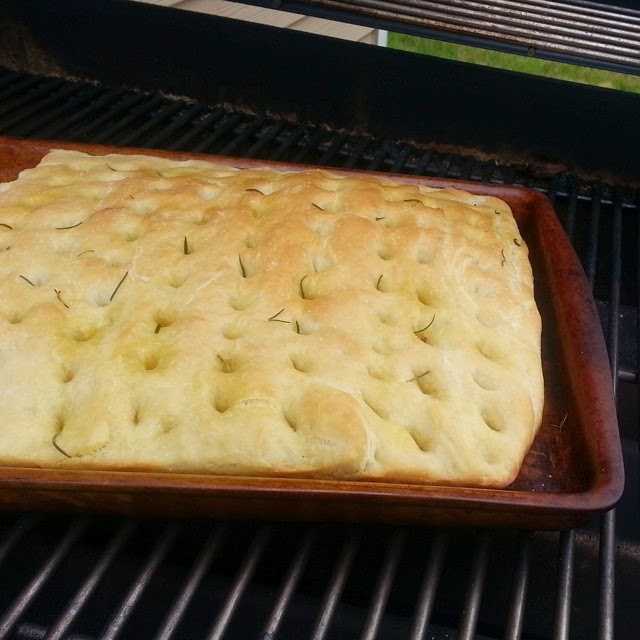 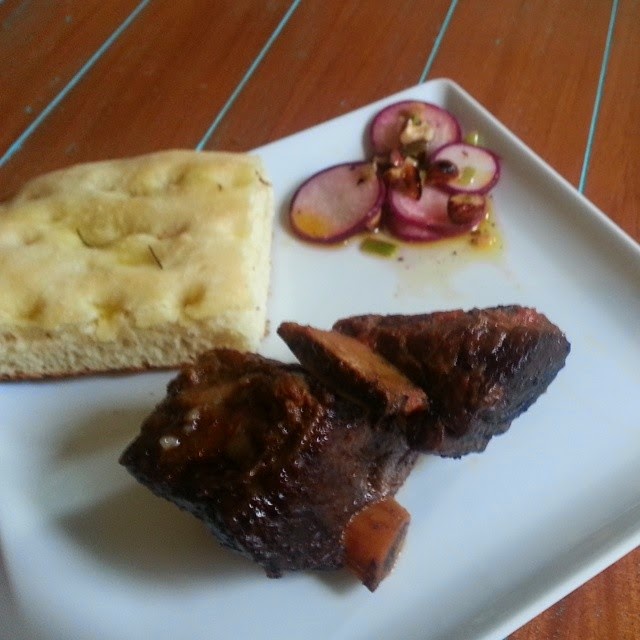 I know I should include more pics of me prepping the meals, but I try to make meals that I can throw together quickly, and my perfectionist self would not allow sloppy pictures, so for now, and into the foreseeable future, I will mainly just post the done pics. Unless it's absolutely necessary. It's the only way I can maintain my sanity keeping up with a blog.

Oh, and here's a tip I learned from watching The Chew. When you are browning/ cooking meat of any kind, let it sit there. Don't flip it over right away. The meat will tell you when it's ready to be flipped. If it's sticking to the bottom of your pan, it's not ready yet. When it's browned enough, it will flip without a fight. Works like a charm everytime. You're welcome.