Moussaka, you get in my belly

Oh Michael Symon. My hunky Greek iron "the chew" chef crush. I heart him SO. MUCH. My dream is to be asked to cook on The Chew with him. this would be a hell of a lot easier if I still lived in Jersey, as it tapes in NYC, but I digress....

This man has NEVER EVER EVER created a recipe that wasn't pretty much the best thing I ever tasted. No wonder he's undefeated on Iron Chef. The man is foodie gold. And this recipe?? Uhhh, yeah. I made this recipe for my Greek uncle. Who not only absolutely loved it, but gave some to his neighbor, who's from Turkey, who said that that Moussaka was better than his mother's!!!!! WHAT!?!?! That's crazy sauce. But I'll take it!

The reason is because this recipe is so phenomenally fantastic. Seriously. I hate casseroles. I'm not a big fan of stews. And every other time I ever ate moussaka, I hated it. But the hubbs comes from that part of the world, and so as a favor I made it for him. And of course, I turned to my buddies on The Chew for a recipe and I got this gem. It's so good that Carla Hall STILL gets teased 2 years later for going into the backstage fridge and taking Michael's leftovers that he was saving for his wife. Just STRAIGHT UP TOOK THEM because that's how good it was. I follow his recipe exactly, except I use both eggplant and zucchini because I love them both and some people find too much eggplant a little bitter. First you make the meat part of the dish. Oh yeah, I use dried cranberries instead of dried currants because cranberries in everything I say. And then you pan fry up the eggplant. I tried to put it in the oven to roast instead, to save myself some time. Epic fail. So I gave in and did it the long way. That's the only way to get that nice brown on it and not have it dry out. 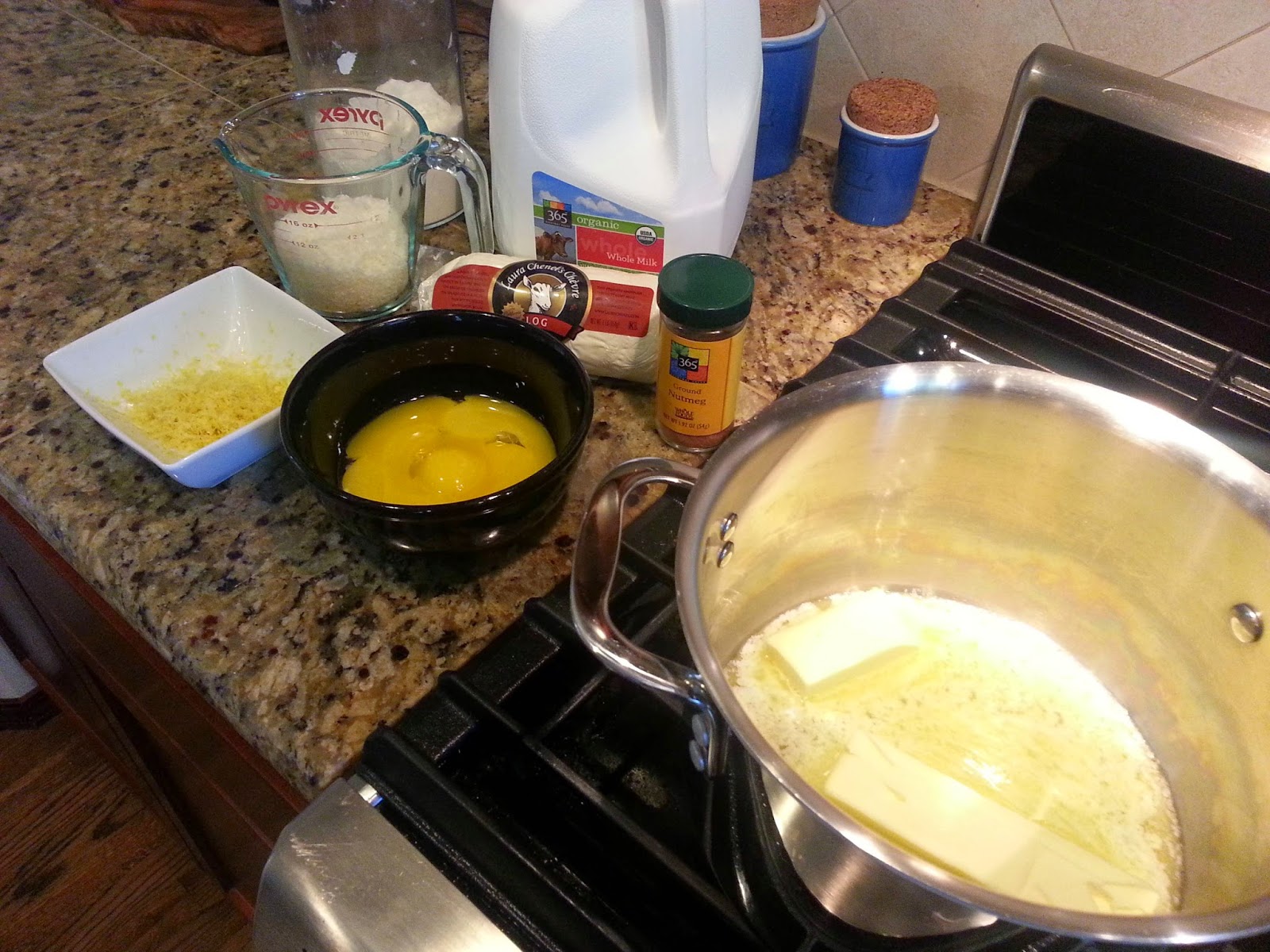 Then you make the bechamel. Which for this is a goat cheese, lemon zest and honey bechamel. And you use egg yolks to get it uber creamy. I could eat this by the spoonful. But I didn't. Instead, I used some of the baguettes I made from the other day as a utensil to shovel it into my mouth. DO. NOT. JUDGE. ME. 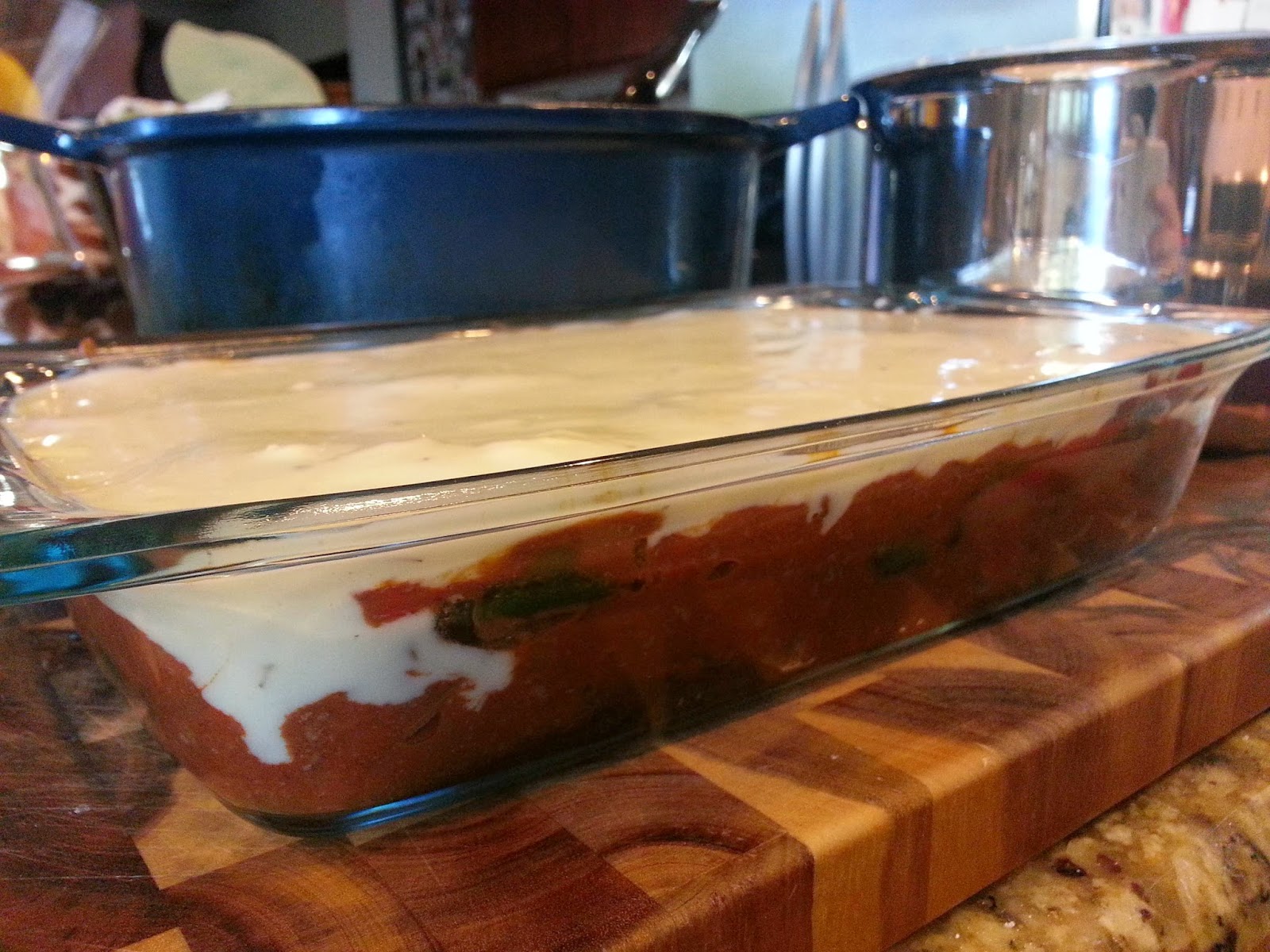 Then you do the layering. Eggplant, meat, eggplant, meat, top with bechamel. He's pretty specific with his instructions which is really nice. Especially if you didn't happen to watch that episode. But I totally did, so there. 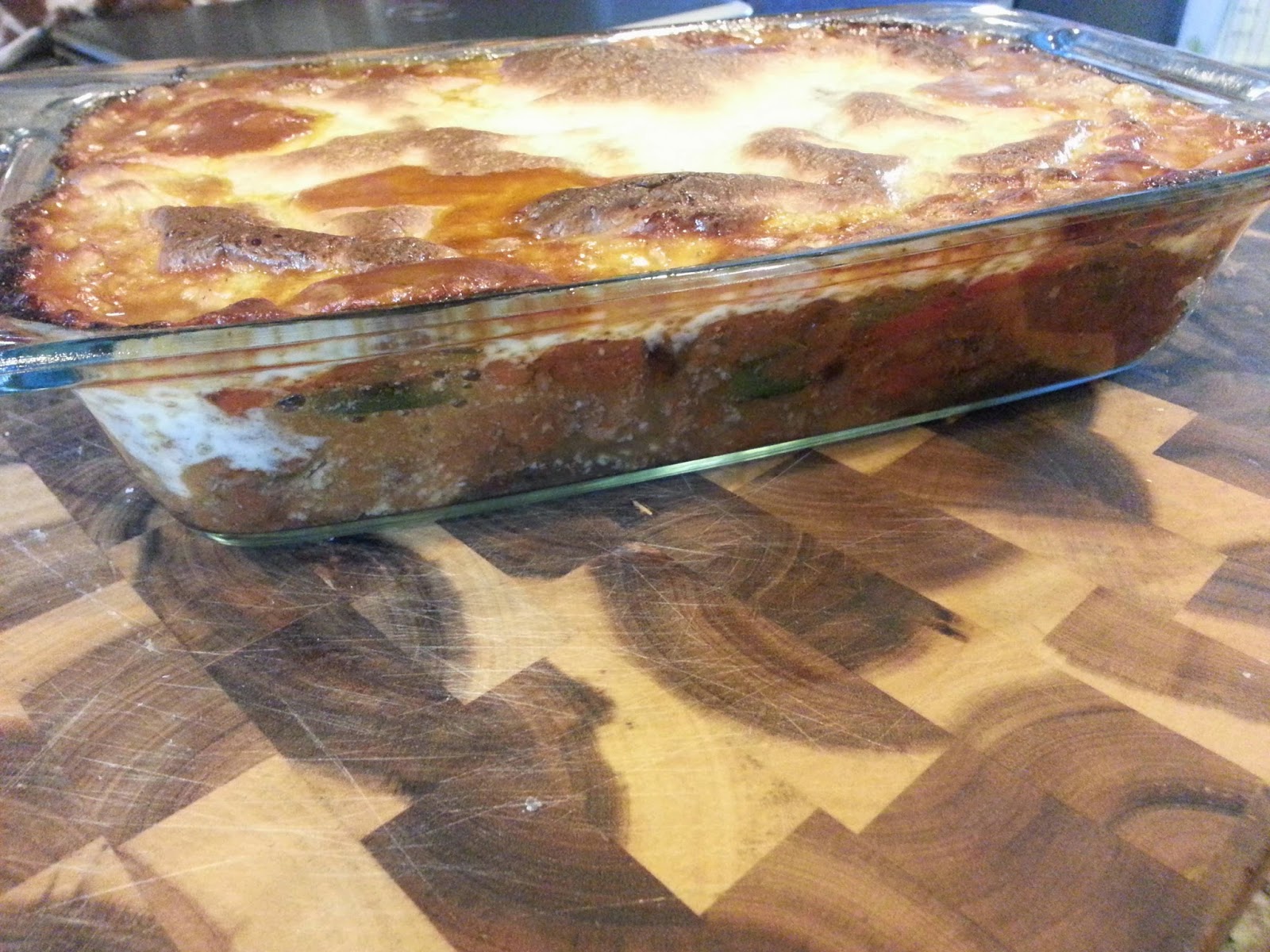 And that, my friends, is the beautiful, nicely crusty topped all done and baked moussaka. Stupid good. So good that I made 2 extra pans of it to freeze because it takes about 3 hours to put all this together if you're wearing a giant baby and amusing a toddler, and dammit I'm only doing it once in a while but I want to eat it always all winter long.

So yeah. There you go. I know it's been a while since my last post (my meals have been repeats and/or lame lately), but this one totally makes up for that. Promise.

And you know. It's greek. So if you hurt yourself while you're cooking, just put some windex on it.

PS. Just a reminder, since it's been forever and a day, that all of the ingredients I use are organic, never from a can ever ever ever, and are as processed free as humanly possible. I mean, I obvs don't churn my own butter, but you get the picture.