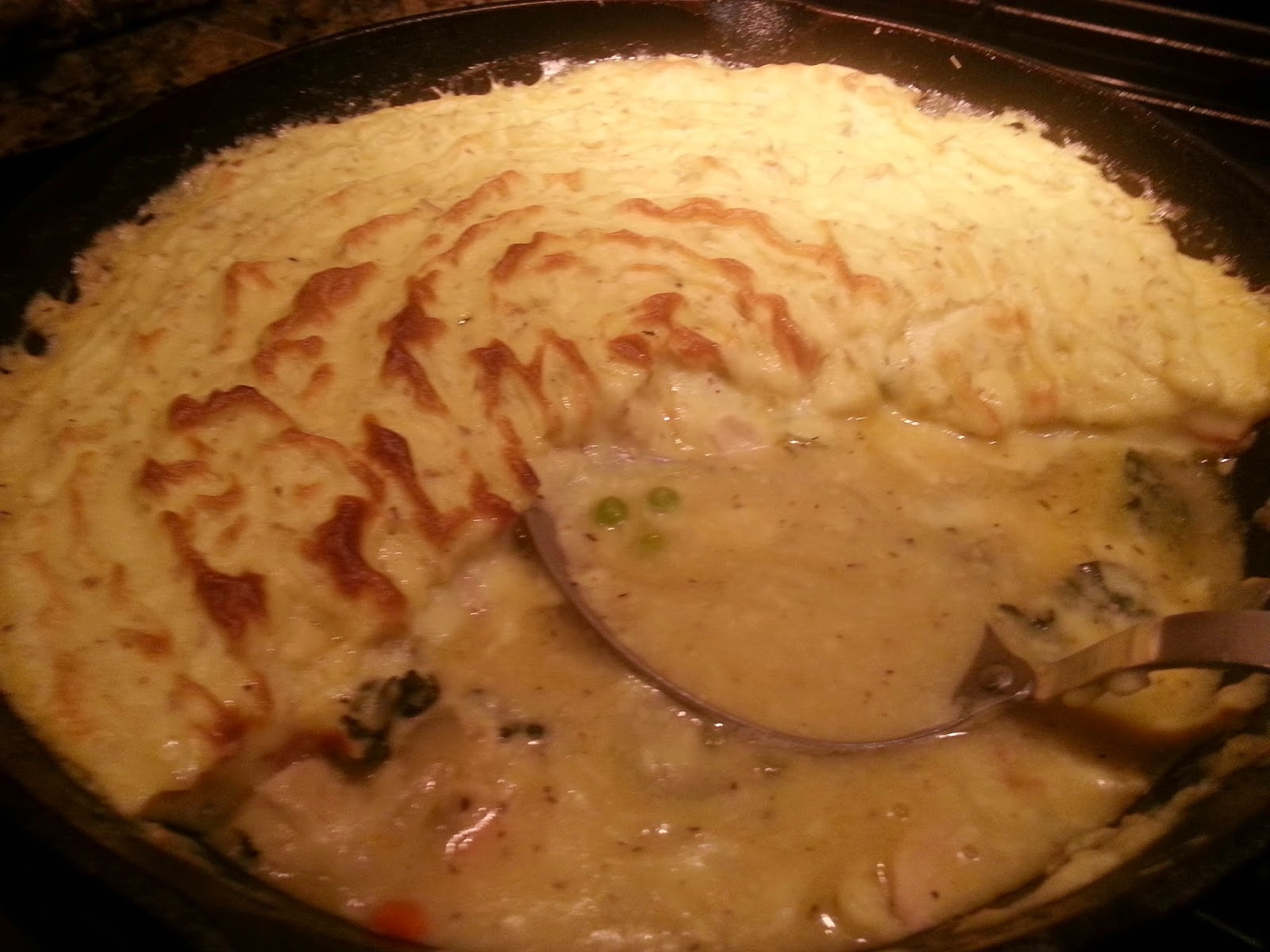 Yup. dig in. Because this stuff is fantastic. And healthy. And helps fight colds (chicken stock base and such). And did I mention yummy?

Michael Symon strikes again. I pretty much followed his recipe this time, except I used what I had veggie wise. Plus, hubbs does not like mushrooms. So we subbed in peas. And we didn't have chard so we used kale.

So homey and yummy and comforting and made my whole house smell fabulous. 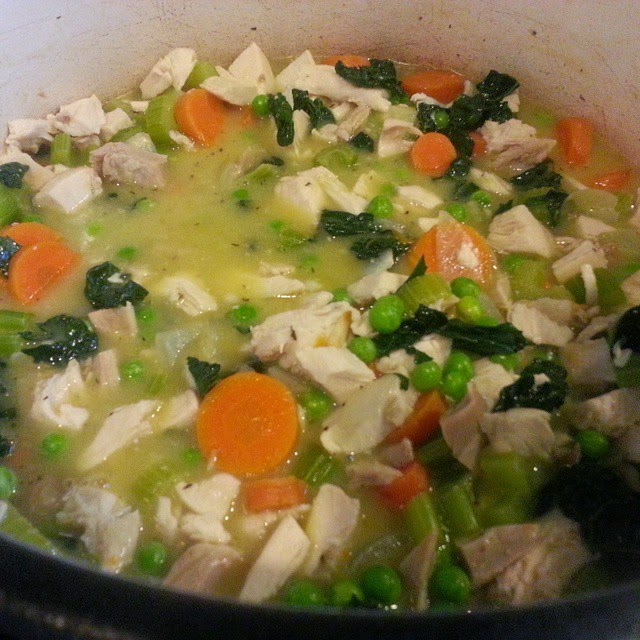 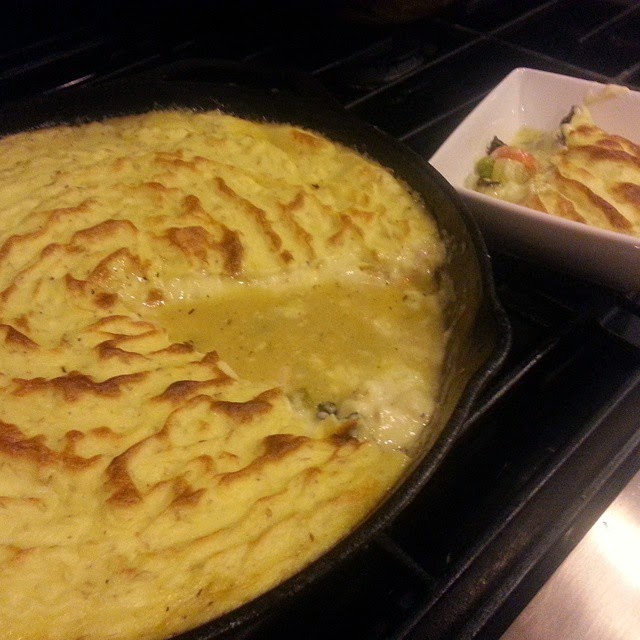 It's soupy goodness wrapped in mashed potato heaven, broiled to perfection. I am not exaggerating. Hubbs said he now can never eat any sort of chicken soup again because I've ruined it for him. This is all he will want now. Pretty high praise. Woot woot!

And the recipe says it takes 1 to 2 hours, but that's because he's including the time it takes to roast a chicken. Since I already had chicken that I roasted and pulled off the bones, it only took about an hour to put together. Or you could just use chicken breasts or thighs and not roast a whole chicken. But when you can make some delicious stock from the bones why would you not just roast it?